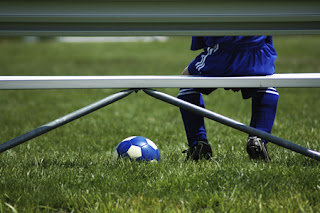 This past weekend was Superbowl Sunday. I was not able to watch the game. Wondering about who was winning and not really caring since neither were my team; I began to ponder on the thousands of people who attended the event. Then I thought of the thousands upon thousands who were gathered around TVs across the country. It was a unified event that people invested time and money into. All of the fans were hoping to see their team take victory. They cheered on their favorite players and met with disappointment if any of the First-Stringers were benched. Reflecting on this, I remembered when my kids were younger and played baseball and soccer. I was a FANATICAL parent. Yes, one of those crazy moms who wore jerseys with my kids team name on it, who yelled a little too loud, and got a little too involved. I made sure my kids went to practice and improved their skills. This was important to me, because I didn't want to attend a game where my kids were on the bench. I wanted the home-runs, the goals, and the touchdowns. The extra loud cheerleader moments for me happened while watching my kids score points or assist in scoring points. I would jump up and down and scream that's my Boy/Girl (depending on which one was playing)! I still went to the games and cheered on our team with excitement when my kids were injured or sick, but it was not the same as seeing my kid on the playing field.

The teachable moment God used for this N-pression was this: we are in this game called life and our team is the "Kingdom of Christ Team". Our Coach has a need for active, aggressive, willing players. Our goals, touch-downs, and home-runs equal leading others to the Lord. They are also, assisting fellow teammates to be successful in their positions in the game. God wants players who are practiced (studied in the Word); willing to play where their Coach puts them; and they do not complain when the opposition stretches the game into extra innings. Instead, even though they are tired, they stay positive and push through so they can take their team to victory.

Our Coach knows, not everyone is a pitcher, catcher, quarterback, running-back, forward, goalie, etc... that is the cool thing of being on the Kingdom Team. We all have our own gifts to play the position we are meant to play. It is through teamwork, and our Coaches masterful playbook design, that we will win the game and display trophies beyond measure.

Imagine, the thousands of thousands of fans that committed enthusiastically to the game yesterday. Imagine, all the money spent to be a part of it. Now, imagine that for Christ. Will you make your Father proud? Fulfill your position and listen for the Lord to stand up and yell, "That's My Kid!"

2 Timothy 3:16-17 For all Scripture is God-breathed and is useful for teaching, rebuking, correcting, and training in righteousness, so that the servant of God may be thoroughly equipped (practiced) for every good work.

1 Thessalonians 5:11 Therefore encourage one another and build each other up, just as you are doing. (Assist your teammates)

2 Timothy 2:15 Do your best to present yourself to God as one approved, a worker who has no need to be ashamed, rightly handling the Word of Truth. (Willing to Play your Position)

Philippians 2:14 Do all things without grumbling or questioning, (Stay Positive)

Matthew 25:21 Well done good and faithful servant! (That's my Kid!) You have been faithful in a few things I will put you in charge of many (be a first-stringer) Come and share your Master's Happiness (Victory and Trophys beyond measure)

Popular posts from this blog 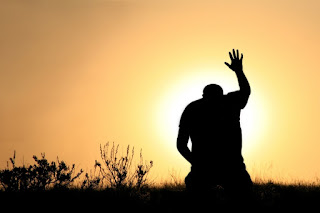 We all have those moments in time where we feel like we have to focus on second-to-second instead of minute-to-minute or day-to-day. We tell ourselves to just breath, yet we find it difficult to fill our lungs with air. I'm referring to those times in our life were we feel hard pressed on every side.

There are so many stories in the Bible that share this very season of life with us. We read it and think how did they survive... more importantly how were they able to praise God? I think about testimony after testimony that I have heard where the unimaginable happens and yet their whole journey has become a massive tool in furthering the Kingdom. The one thing they all have in common is that they never stopped praying and praising God.

During the last 3 years, I have begun to understand more and more what it means to bring a "sacrifice of praise". I choose to lift my hands and voice when I feel like I can barely stand. I choose to be raw before God and thank Him for every …
Read more

Melody In My Head 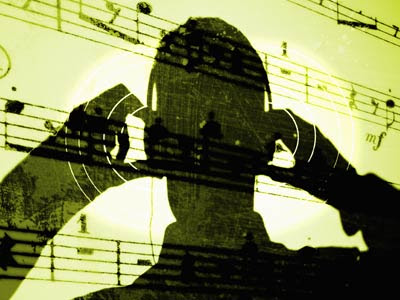 Oftentimes, the brokenness that people carry, can find a way to transfer that damage onto others. It's not always a conscience thing that is done. I grew up with my dad in the penitentiary system. There was a series of events that happened in my life and I remember being extremely young when these broken thoughts started plaguing me:
Why was I not enough? Could I have been more?Why was I even here?
I was obviously too young to even comprehend the attack and weeds that Satan was planting in my life. These questions would become the foundation underneath every decision I made and every relationship I would have. I was a "people pleaser". If I could be the best I could be; maybe it would be enough??? If I could do all they expected of me; maybe it would be enough???

My mom and my grandma were people who tried to plant good seeds in my life, but Satan's weeds choked out some of their efforts. I thought they had to say good things because I was theirs.

Over my lifetime, Sat…
Read more

I wanted to warmly welcome all of you to the new blog that I will be doing on the Free in Christ Website. For those of you who do not know me, my name is Toni Michelle "Mac" McMullen. I go by Michelle (I knew I was always in trouble when I heard Toni Michelle 😏) so Michelle is the safe bet...LOL.

This first blog is just an informal introduction to what you can expect with Mac-N-pressions. I claim no special talent just the prayerful willingness to be obedient to our Lord. Through these "Impressions" I will share what God shows me in hopes of encouraging others for the Gospel of Christ. I pray that in the posts of this  blog you will find a forum that encourages you. I hope that you will hear our Heavenly Father speak to your hearts and your situations.

I want to thank everyone who supports the ministry. We are always in need of partners. If you are interested in the types of partnerships that we have please explore our website. We also have a Facebook Page that yo…
Read more